The future is uncertain, that is one thing that people are sure to agree on, and the future of work is no different. For children entering the school system, many of them are being prepared for jobs that do not yet exist and being taught skills that older generations were not in order to succeed in the new work landscape. There are many trends that influence what skills will be needed in the future of work.

The first of these is technological changes. Increased connectivity and improvements have resulted in intelligence being embedded less expensively in the workplace. Historical trends have shown that technological advances have always seemed to threaten employment, but often it results in the development of new jobs. In a world of changing technology, skills such as digital literacy will be all the more important to flourish in the future of work.

The next trend is globalisation. Globalisation has been brought on, in many ways, by the improvements to connectivity fostered by technological change and this increased integration results in skills such as emotional intelligence and communication skills, as well as diversity and cultural intelligence.

The last trend is demographic changes. For the first time in history, worldwide birth rates are decreasing. Coupled with increased longevity, the world’s demographic is becoming increasingly skewed. People will be retiring later, and overall, a large proportion of the population will become dependent on the rest.

Overall, skills that are being emphasized as being necessary as the workplace adapts and changes include fluency of ideas, deductive reasoning, originality and management of personnel resources. These skills are listed as some of the most important skills to have in the future and are what employers will value in the world to come. 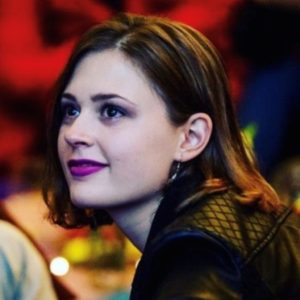 Brittany interned in Nomad Now during her mid-year University Vacation in 2019. She has now completed her Bachelor of Arts with majors in English and Law, having obtained a distinction in English. She has a passion and flair for language, and her natural academic ability enables her to research and communicate in subjects in which she might be unfamiliar. She is currently pursuing an honours degree in Strategic Brand Communications at Vega in Johannesburg.

UX / UI Designers: Understand the roles and how to hire the right person for the job

UX / UI designers are in high demand, and in 2022 having a high-quality user interface (UI) and smooth, easy END_OF_DOCUMENT_TOKEN_TO_BE_REPLACED

Read More
UX / UI Designers: Understand the roles and how to hire the right person for the job

The old saying goes, “The result is more than the sum of its parts”, and that certainly holds true for END_OF_DOCUMENT_TOKEN_TO_BE_REPLACED