Why Technical And Professional Skills Are Allowing You To Work On-Demand, Across Companies And Industries

Uber disrupted the meter taxi industry. Airbnb flipped the hotel sector on its head. Locally the likes of Bank Zero and Discovery Bank are using digital to take on established financial sector players. Next in line is the age-old and contentious practice of labour broking. In a globally connected digital world there is no need for middle men.

This is not a prophecy, it’s a reality and it’s being driven by an emerging young professional / skilled workforce intent on making their own rules. Delve into the countless insights on the Millennial generation online or in books and newspapers, or simply consider the agility which organisations must develop in a digital world dominated by the likes of disruptors like Amazon and Facebook, and it becomes clear that this new world of work is here to stay. Control is moving from the hands of the employer into that of the skilled employee; at long last levelling the playing fields which have been entrenched since the Industrial Revolution of the 1800s.

In a Fourth Industrial Revolution world, which builds on the Third – digital – Revolution, the top-down certainty of the mighty corporate is no longer assured. Skills are the new platinum, skills like complex problem solving, creativity and critical thinking. And individuals with these abilities will be able to work on demand, across companies and industries, undertaking digitally-connected projects, holding virtual conferences and adopting a more flexible anytime, and anywhere mentality.

A few years ago McKinsey produced a report entitled Independent Work: Choice, Necessity, and the Gig Economy, in which they focused on the European and United States markets. They determined that 20% to 30% of the working-age population in those regions already engaged in some form of independent work. Call it freelance work, or contract work, free agents or casual earners, these individuals were able to find work digitally, work remotely and on demand.

They leverage off platforms like South Africa’s own Nomad Now professional freelancer platform, which facilitates the buying and selling of professional services directly between clients and independent contractors, consultants and freelancers. Or they make use of jobs portals like Upwork or Freelancer.com.

Sites such as these are not recruitment agencies or labour brokers, their strength lies in their digital flexibility and their ability to disrupt the market by means of their time-saving technology and low fees. By harnessing the power of the digital platform, clients and independent contractors can engage directly, negotiate fees and project deliverables upfront and, critically, ensure extremely clear lines of reporting.

The last point is critical because, in recent years, the lines have become horribly blurred in South Africa as to who is actually responsible for contract or casual workers. All too often we see corporate South Africa confusing labour broking and outsourcing, frequently to the detriment of workers.

While labour broking is traditionally geared towards temporary or casual employment, this avenue is increasingly being used to fill outsourcing posts which are of a longer duration. The upshot is that those ‘placed’ personnel sit in a no-man’s-land in terms of protection and benefits: They are employed by a labour broker but by virtue of working full-time at a certain company for longer than three months they can, and should, be entitled to the full benefits of an employment contract.

The courts agree. In July 2017 the Labour Appeal Court determined that certain types of temporary employment should be deemed permanent and that employees effectively have two employers: the labour broker and the client company.

On appeal the court further clarified that temporary employees should not be treated differently to those hired directly by the company. The Constitutional Court ruled on 26th July 2018 confirmed the ‘sole employer’ status of the client company. This ruling has significant implications for how companies in South Africa contract labour.

While, quite understandably, labour broker-placed workers are seeking the same benefits, job security and benefits enjoyed by direct employees, it is important to note that this very debate conflicts with both global trends towards workplace mobility and attempts by companies to downsize their staff contingents and overheads. After all, this is why so many organisations have been gravitating towards the labour broker ‘solution’.

With the global shifts becoming evident at home, where does this leave corporate South Africa?

Effectively caught in the crosshairs of an approach to temporary employment that is under fire politically and in the courts, is arguably exploitative, complicated by layers of reporting lines and increasingly costly, companies have no excuse but to adapt to a new world and new ways of engaging with and hiring labour. The most logical move is to take the contracting of freelance workers in-house, make contact directly and hire on a per-project basis.

Dipping into this on-demand, “gig” economy is simple and effective and the cost-savings are tangible; without a middle man taking a healthy cut and with the responsibility for temporary workers swinging back to the client there are notable savings to be made.

At Nomad Now we’ve seen huge interest in our professional connection portal from the likes of advertising agencies, which are traditionally accustomed to using freelance skills, right through to the financial services sector, which is able to secure the services of deep IT specialists, banking advisory professionals, quants or even robotics experts for a defined period and for the express use of these specialised services.

In all cases our client companies are attracted by the ease of use, the low placement fees, the ability to filter skills and hone in on specific individuals, to contact skilled workers directly and transact speedily and effectively with this client-driven platform.

Given the interest from clients, coupled with the benefits of flexibility and protection for freelancers in step with the global on-demand trend, it would be naive of South African companies and policymakers to assume that the impact of the knowledge economy will not trickle down to the local economy.

Rail against it we may, but for South Africa and South Africans to compete on the world stage necessitates that we follow the same flexible structures and employment methods finding favour in the rest of the world, especially at remuneration levels above the ‘threshold’ R 205 433. The important question is how.

Given the legal, moral and practical complexities swirling around the use of labour brokers, would the interests of workers and companies not be better served by moving in a new direction? Isn’t it time to disrupt the disruptors?

South Africa cannot continue to hinge its growth and prosperity on a divisive system. Remote professional freelance workers ethically treated and empowered to take on clients and projects which suit them, on their terms, is the way of the future.

The professional (or ‘skilled’) worker of the future is mobile, dynamic, self-employed and adaptive. Such freelancers already working across borders and via the internet are already reshaping the world of work, the only question is whether companies are nimble enough to catch up or whether they will eventually get caught out by the pace of automation, digitalisation and the run-away demand for critical skills.

As Stephane Kasriel, co-chair of the World Economic Forum’s Council on the Future of Gender, Education and Work, recently put it: “We are in the Fourth Industrial Revolution — a period of rapid change in work driven by increasing automation, but we have a unique opportunity to guide the future of work and freelancers will play more of a key role than people realise.”

It’s time to move the skilled labour market in South Africa in a new, dynamic direction. Yes, platforms like ours start at the top, well above the earnings ‘threshold’ of the BCE Act, and we must aim at forcing a mind-set shift in terms of how professional skills can and should be contracted, cared for and respected for their skills and efforts.

Then we will be well on our way to breaking down old, static ways of thinking and getting in step with a world of opportunity. Nomad working is undoubtedly the future; middle men not included. 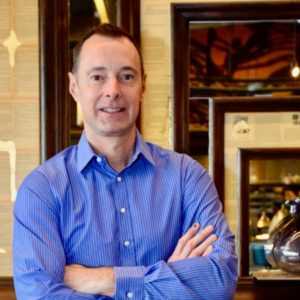 After almost 8 years in corporate finance at Investec, Ross Paton co-founded Paton Personnel in 1997. Paton Personnel focuses on specialized technical Recruitment, and Ross and the team have consolidated Paton’s position as a top talent supplier in Financial Services and beyond. Paton is well-known and respected for its’ professionalism, accuracy and business integrity. Ross also co-created and built Thrive Café on the historical Vilikazi Street (Soweto) in 2013, which was sold to a consortium of Private Equity Investors in December 2015. Ross’s latest entrepreneurial venture is Nomad Now: South Africa’s very first digital end-to-end hiring platform which has brought the same technology that has disrupted the metered-taxi and short-term accommodation markets, to hiring and recruitment in SA.

UX / UI Designers: Understand the roles and how to hire the right person for the job

UX / UI designers are in high demand, and in 2022 having a high-quality user interface (UI) and smooth, easy END_OF_DOCUMENT_TOKEN_TO_BE_REPLACED

Read More
UX / UI Designers: Understand the roles and how to hire the right person for the job

The old saying goes, “The result is more than the sum of its parts”, and that certainly holds true for END_OF_DOCUMENT_TOKEN_TO_BE_REPLACED