Developers assist organisations with a variety of important tasks and improve their business outcome. Software developers can shorten the time to bring products to market by 71%, increase sales by 70%, differentiate services and products from those of the competitors by 69%, and improve internal reporting and visibility by 65%.

It is no wonder, according to a study conducted by Stripe and Harris Poll, that the companies surveyed consider a shortage of software developer talent a major threat to organisational growth (even higher than the risk of lack of access to capital).

Companies consider a lack of developer talent a greater risk to organisational growth than lack of access to capital.

As the world and businesses continue to move toward maximum digitalisation and require implementation of new technologies such as cloud, artificial intelligence, and machine learning, dependence on software developers surges.

Unfortunately, the growth of technological development cannot be maintained with the current number of software engineers.

The Shortage of Software Developer Talent

Currently, the US Labour Bureaux estimates that there are 1.4 million developer job openings but only 400 000 computer science graduates to fill them. There is a shortage of qualified software developers and a long list of companies requiring developers.

This fact justifies why software developer salaries are so high (and are likely to continue increasing in the next few years).

How to Deal with the Unreciprocated Demand

In order for an organisation to grow, maintain market share, and keep up with competitors, a solid team of software developers is essential.

Current global trends show no sign of decreasing dependence on digital technologies and that only about 1.9% of software developers are looking for a job. This means businesses need to think creatively to attract fresh talent and build a software developer team.

Here are a few ways to better source and retain developer talent:

To a certain extent, recruiting, like sales, is a numbers game – the more people you contact the more likely you are to find what you’re looking for.

This does not necessarily mean spend more time recruiting, but rather do so “smarter”. Use online recruitment platforms to cut down the amount of time you spend on usual recruitment processes such as going through inappropriate resumés and job applications.

Nomad Now allows hirers to locate and correspond directly with developer talent that match their job requirements without having to “kiss a few frogs before finding a prince”.

You may need to adapt to more modern methods of recruiting software developers in order to attract top talent. For example, there is a rising trend in software developers accepting shorter or part time contracts. Developers are also likely to be interested in a company that allows them to work remotely.

As developers are used to a higher than average salary, it is often not monetary benefits that attract them to a role.

A useful way to ensure that the hiring team is fully aware what they are looking for in a prospect developer, get the existing developers involved in the recruitment process. Perhaps have them screen a few resumés before interviews take place and give the hiring team keywords and qualifications to look for.

Get into the Software Developer Community

Take your development team to the event too. By becoming a known name and allowing your software developers to make their own connections in the community, you may find that top developer talent will begin approaching you instead!

Create a work environment in which developers want to succeed. This does not mean adding material benefits such as games and after-work drinks but rather things that staff truly value such as fairness, clarity, security and appreciation.

Development is an iterative process. Give your software developers trust and space to collaborate, learn, and fail by doing. Encourage innovation, support a work/life balance, and find out what incentivises them to keep them invested and engaged.

Discuss with the development team about what skills they’d like to learn. This allows you to consider the future state of technology and the strategic goals of your business.

The software development team will know where the gaps are. Fill these gaps by sending teams to meetups, training, and classes to improve their skills and build their knowledge.

In order to hire software developer talent during a time of unrequited demand due to talent shortages, companies need to proactively work on a long-term strategy that incorporates new techniques.

But the software developer talent of today will not have the skills for the digital technologies that are rapidly evolving. Preparing for future needs of your company will require a dynamic approach to attract talent that is in high demand as well as retain and develop existing software development teams. 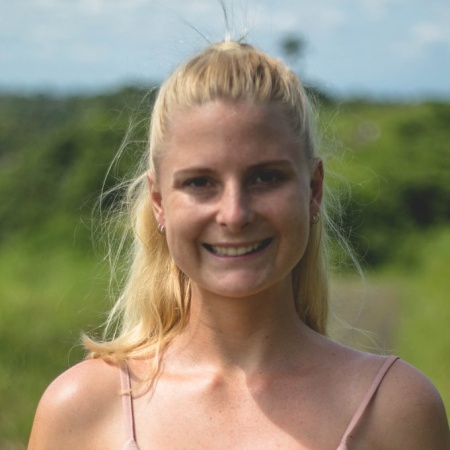 Julia studied a Bachelor of Arts degree with majors in Film, English and Psychology followed by a Post-Graduate Diploma in Marketing, both at the University of Cape Town. Whilst at university, she co-founded “Shots Fired Productions” a photography & videography micro-business. In addition to her entrepreneurial spirit, Julia brings to the team international experience gained from working at an advertising agency in Hamburg (Germany) and managing the marketing portfolio at an AI & Data Science Company in Sydney (Australia).

Many companies have now completed the transition to working remotely. With this, comes security threats. While remote work offers many END_OF_DOCUMENT_TOKEN_TO_BE_REPLACED

Finding a Job Online – 3 Tips for Searching and Applying

When it comes to finding a job opportunity, jobseekers have to be strategic about how best to spend their time. END_OF_DOCUMENT_TOKEN_TO_BE_REPLACED